On the historic occasion of HM The Queen's 90th birthday Worplesdon Parish Council, by kind permission of St Mary's Church, held a beacon lighting ceremony, one of 1,270 beacons lit across the country.  Her Majesty lit the first beacon in Windsor and at 19.30hrs on Thursday 21st April the Deputy Lieutenant, Mr David Hypher OBE, lit the beacon in Worplesdon to the delight of many villagers who came to celebrate and honour our longest serving monach, Her Majesty Queen Elizabeth II.  Local resident Mr Kenneth Thomson played the bagpipes.  The Chairman of the Parish Council, Dr Paul Cragg, gave a short speech.  Happy Birthday and God Save the Queen were sung with gusto!

The White Lyon and Dragon kindly provided mini fish and chips and chicken satay plus drinks and approximately £400 was raised for various charities.

The Hon Andrew C Elphinstone, younger son of Lord Elphinstone and cousin of the Queen, was married in 1946 to a Lady in Waiting of Princess Elizabeth.  He had met his bride in the lift at Buckingham Palace, whilst he was living there, and working at the War Office.  An old Etonian, he succeeded Canon Sidney F Cornell as rector of St Mary's Church in 1953, and made his home at Maryland.  Princess Elizabeth was godmother to their daughter Rosemary, and attended Rosemary's Christening at St Mary's Church, accompanied by Princess Margaret and Lt Philip Mountbatten.

The marriage in 1967 of Rosemary Elphinstone with James Pige Leschallas gave the village another opportunity to welcome Her Majesty the Queen, when she arrived at Worplesdon Station en route for Maryland. 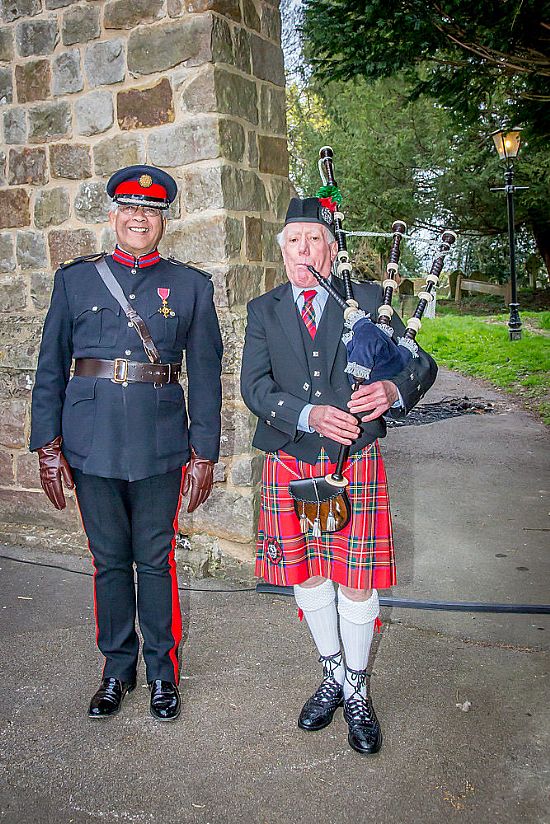 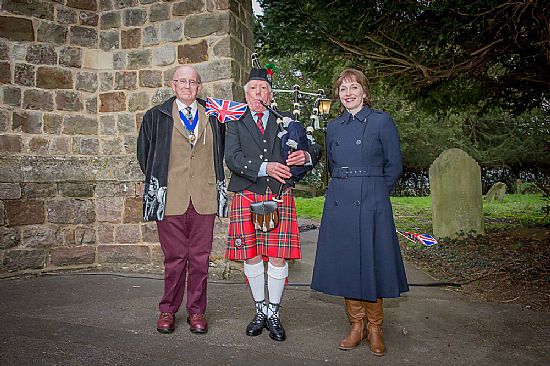 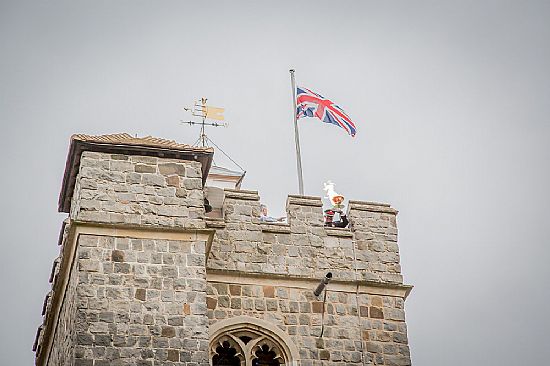 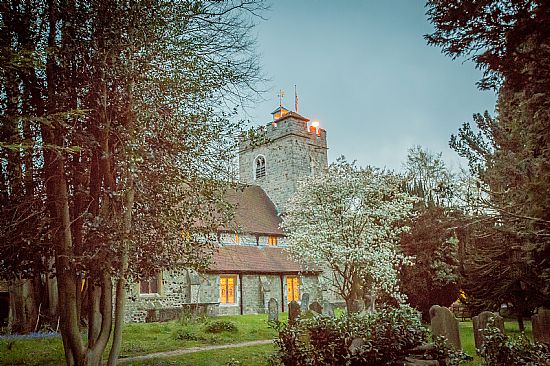 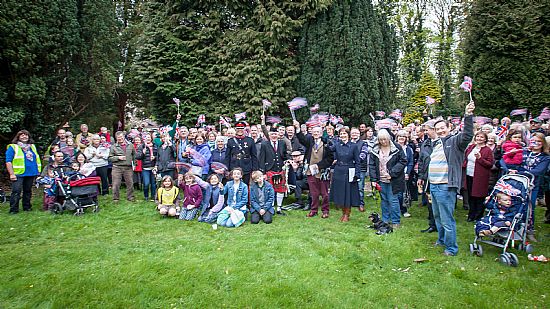 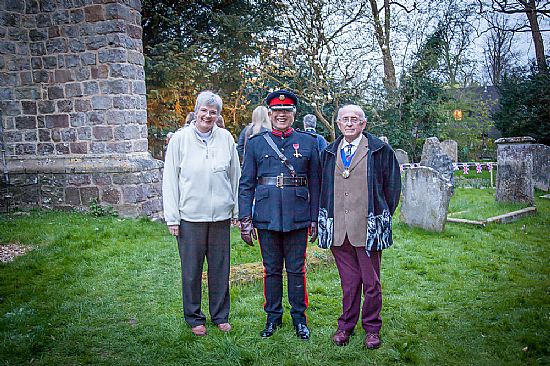