Towards the end of August the Parish Council arranged for a dead tree in Coombe Lane to be felled and thought that the logs produced would considerably increase the available hibernation sites for Great Crested Newts around the Jacobs Well pond. Our tree surgeons were extremely helpful.  They transported two large trunk sections down to White House Lane and craned them into place in the vegetation by the side of the pond. Parish Clerk, Gaynor White and Chairman, Paul Cragg met the tree surgeon and directed the log placement. This work was carried out on a very hot day when hopefully the newts would be less likely to be on the move in the undergrowth. The size of these tree trunks should provide plenty of refuge for the increasing population of these endangered amphibians.
Paul Cragg 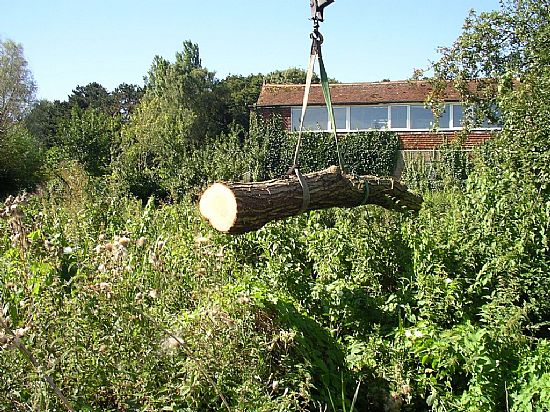 The pond beside White House, which is believed to have been created in the 1700s when the first property was built on the site of the White House, is currently owned by Surrey County Council, albeit a small piece of the pond falls within the curtilage of the White House.  For many years local residents battled to maintain the pond, but sadly the battle was gradually lost...  residents subsequently sought the assistance of the Parish Council.

In February 2010 the Parish Council applied for a grant from SITA to enable this ancient pond to be restored.  The application was however, unsuccessful.  Undaunted, the Parish Council sought permission from Surrey County Council to de-silt the pond and agreed to pay 75% of the cost of the project (the remaining amount being funded by Surrey County Council and Guildford Borough Council).  The County Council granted a licence and work to restore the pond was undertaken during the early part of 2011.

A recent survey undertaken by Nuffield Science students indicated that the pond is once again home to an abundance of wildlife including the Great Crested Newt which is a protected species. 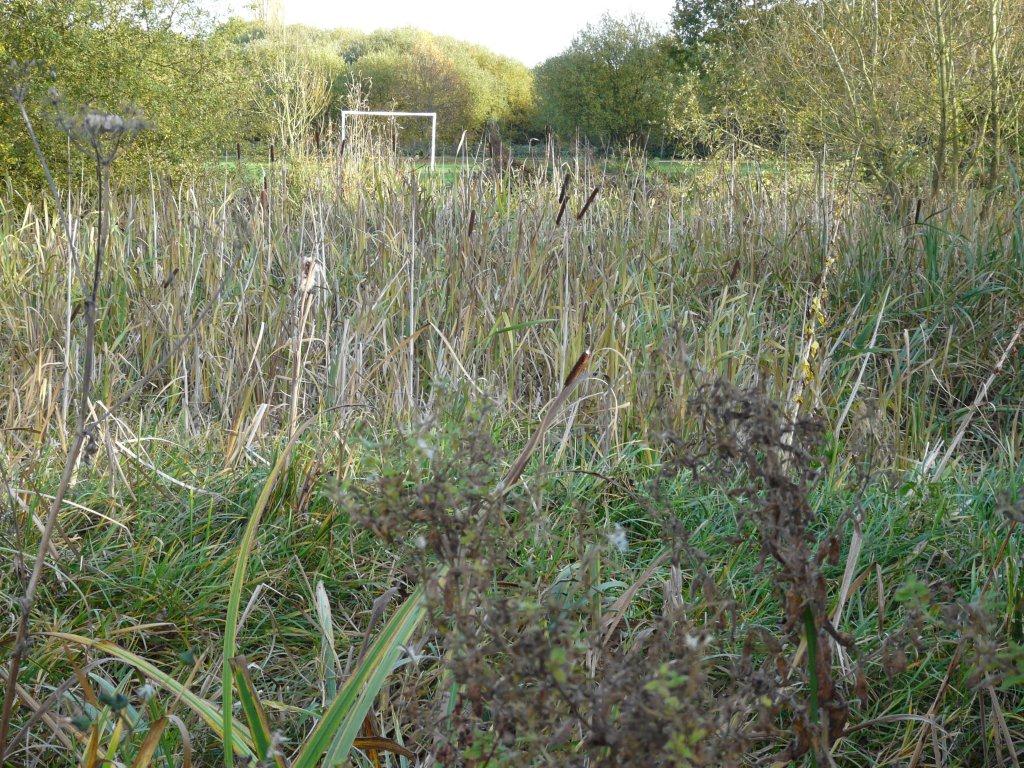 On 20 October 2011 the Parish Council resolved to request a transfer of this land from Surrey County Council.  The legal process may take a little time, however, it is the Parish Council's intention, once the transfer has taken place, to seek the following designations with the intention of protecting the pond, in perpetuity, for the benefit of the wildlife and local residents.

It should be noted that obtaining these designations may take quite some time. 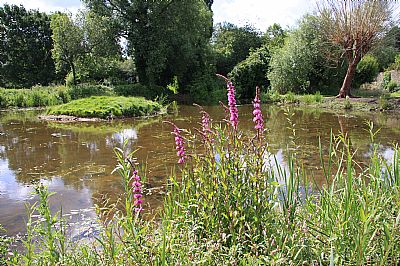 In the meantime the Parish Council has adopted the following Management Plans:

> Twice a year cut around the perimeter of the pond, with a more regular cut in from the log bench to integrate it into the playing field.


> Removal of the growing Typha plants from the centre of the pond and re-planting those into the bank with the majority of the reeds in it.


> Removal of the willow tree which is leaning across the back of the pond.


> Removal of poplar and willow stems that are arising from the ground.


> Removal of some of the bramble which is encroaching in to the pond area while keeping a barrier of brambles along the road side.


> Removal of the fern beside the White House.


> Building of a loggery/rubble wildlife refuge for the existing new population along the edges of the pond.


> Scraping up and removal/burning of the Crassula helmsii on an annual basis (September) to control the spread of this invasive weed.

The Parish Council would like to extend its sincere thanks to John and Steve Gunner, Mark Havler, Ranger Surrey Wildlife Trust, Janet Smith and a small band of volunteers from the Jacobs Well Environment Group for all their assistance with maintaining the pond following the de-silting work.

We are grateful that Mark Havler will continue to organise volunteer days for the foreseeable future.

> Remove on a regular basis the water soldier from the water.


> Remove any new growing willow stems from the water and from the island in the centre.


> Cut back trees from the edges to allow light to get through to the water.


> Encourage a reed bed area for the additional growth within the water body.


> Create a loggery refuge for the existing newt population.


> Retain the current grass cutting regime on the far side of the pond to allow for longer grass length. 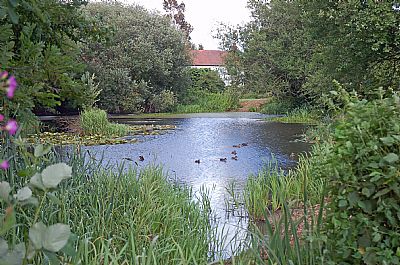