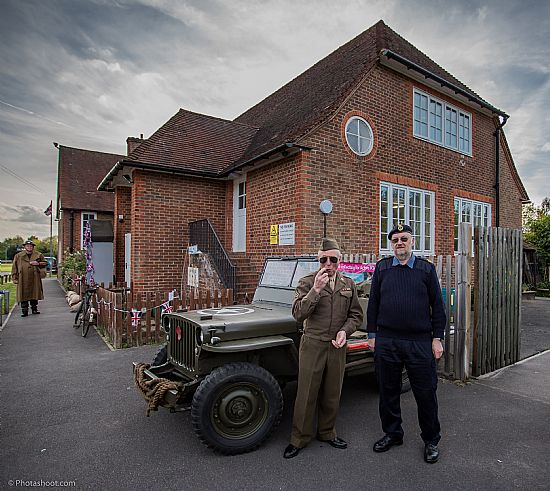 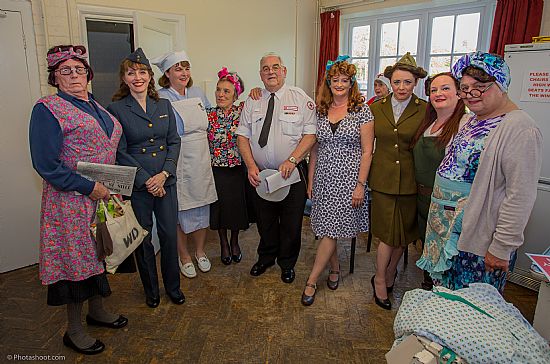 To commemorate the 70th anniversay of VE (Victory in Europe) Day Worplesdon Parish Council held a Concert Party of its own.  Scene builders, amateur actors and technical volunteers were gathered together and, under the direction of ex-councillor Eric Marks-Oldham, the event started to build from the beginning of the year.  Professional lighting was borrowed, sound systems lent and period costumes were either borrowed or made.  The format of period sketches interspersed with popular songs of the era turned out to be highly popular.  The capacity audience in the Memorial Hall joined in enthusiastically with the singing, laughing and gossipy sketches by the two "old girls" in front of the air-raid shelter, and cheered at the dancing glamour of the "Andrews Sisters, and enjoyed the nostalgia of the Laurel and Hardy act.

We are delighted that in addition to a fun-filled and highly memorable evening of entertainment approximately £800 was raised for the charity "Help for Heroes".  This will be presented to the charity in the near future.

Local photograhper Keith Dewey kindly photographed the evening free of charge.  His photo album can be viewed by clicking www.photashoot.com To view the photos enter either your own email address or the following email address clerk@worplesdonpc.co.uk and click the view box.  All photos can be downloaded free of charge.

We would like to thank the following people/organisations for all their help: 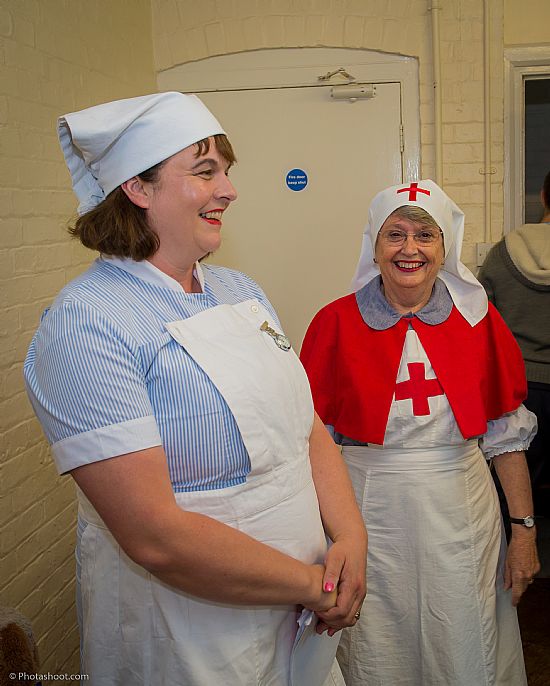 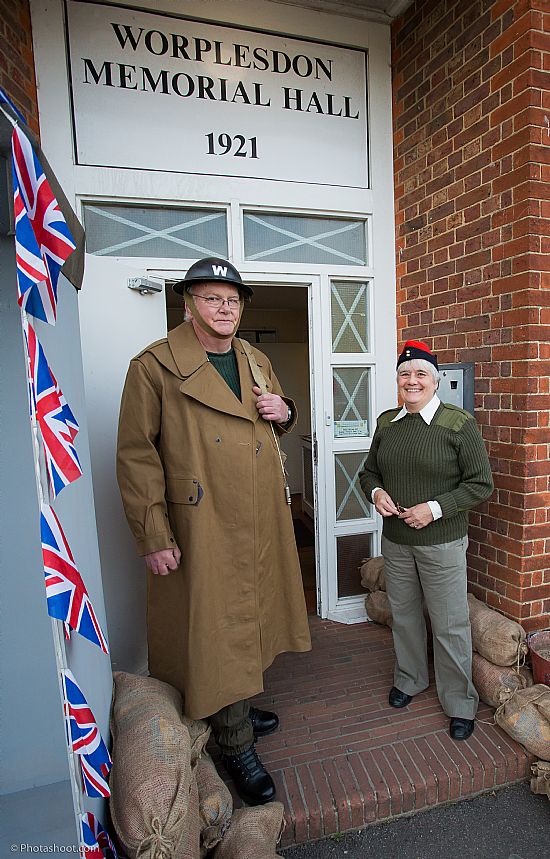 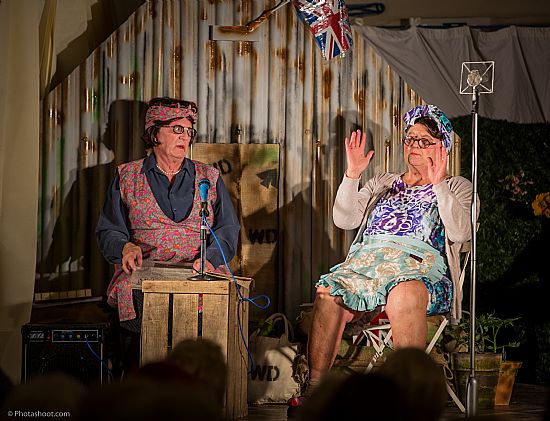 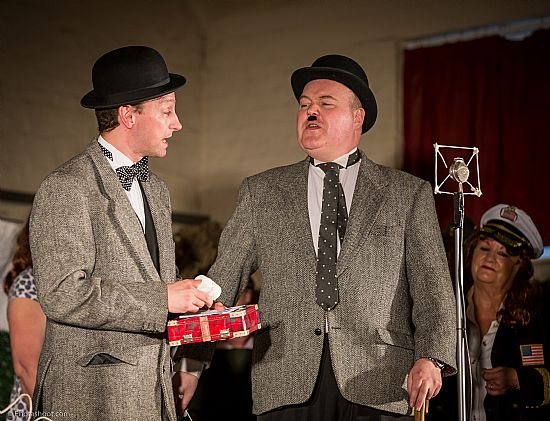 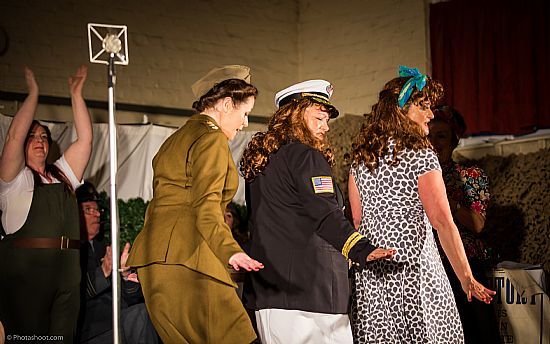 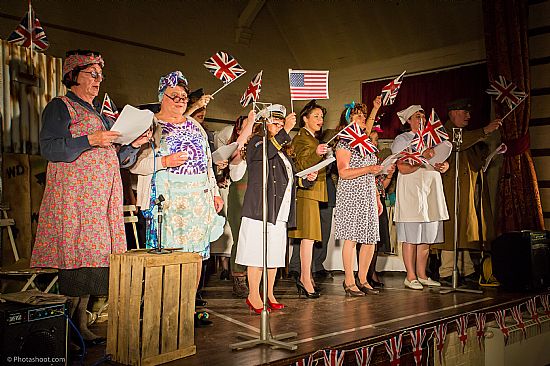 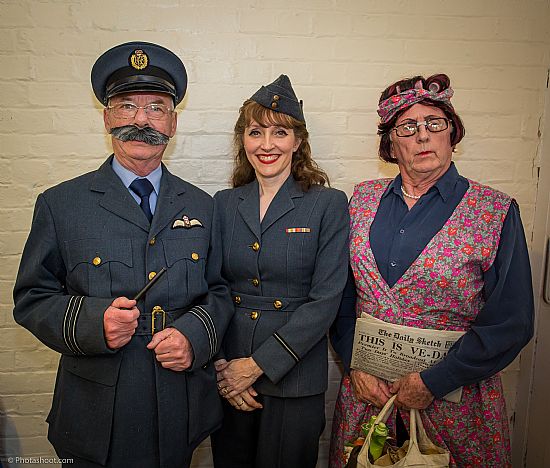