Seven young steers from Surrey Wildlife Trust’s own conservation herd of Belted Galloway cattle returned to Whitmoor Common this summer. They grazed both upper and lower Jordan Hill between 8th June and 27th September behind temporary electric fencing. Remarkably, we did not have a single breach of the fence this year. In previous years, fences have been cut on occasions by those opposed to seeing cows on the common; or by deer crashing into it whilst escaping chasing dogs; or by the cows themselves fancying the grazing opportunities on the other side of the fence!  Cows have been coming back to Whitmoor since 2009 and I was lucky enough to be there when they first arrived. Over time, visitors have become more used to having them around and often ask me when they are coming back. Improving the fencing over the years has also made a big difference. Last year I purchased some new coloured polywire fencing wire to replace the metal type we used previously. This has increased the visibility of the fence line making accidental collisions on the fence by deer, dogs, or the cows themselves less likely. Additionally, using a double strand of polywire instead of a single wire has increased security and effectiveness. A well maintained electric fence is vital otherwise the cows learn not to respect it. The cattle’s wariness for the fence was evident when we tried to drive the cattle up the hill to their pre-prepared new grazing enclosure. When we removed the fence on the old enclosure which still contained the cattle, the steers would not cross the line of the old fence, even though there was no longer a fence there. It took us a while to get them to cross it! Having the cattle on Whitmoor takes up quite a lot of my time in the summer, as they are checked daily, along with the fence line and the voltage on the fence. With no water mains around most of the site, I have to tow a bowser of water in using my truck to fill their troughs, and cattle do drink a lot of water. Next year I hope to graze two areas of Whitmoor that we have not grazed before, Compartments 2 (east of Burdenshott Road) and Compartment 3 (west of Burdenshott Road). Both would benefit from a restoration graze to break up the purple moor grass dominance.

Some good news which some of you may not have heard: It’s great to have all 3 of our rare Special Protection Area (SPA) birds back on Whitmoor after a few years absence. Dartford Warblers are now back after the harsh winters of 2009 and 2010 (if my memory serves me), and have been seen and heard in two separate locations on the heath. We do not have confirmation of breeding pairs yet, but their presence once again is encouraging. Woodlark have also been heard again on the main heath, and our summer visitor the nightjar continues to spend the summers here and can be heard ‘churring’ during warm summer nights.

This winter’s work program is now underway, and we have been removing scrub from the open heath. We found a vacant harvest mouse nest on Compartment 1 (east of the Woking Road), a new record for this part of the heath, whilst cutting scrub on the Bronze Age barrow. (See photo). It’s great to know that we have these rare and declining mammals on a number areas of the common. Eradication of non-native rhododendron and cherry laurel continue across the commons, particularly on Whitmoor and Rickford. Contractors harvesting large pine from the remnant plantations across the common are working on site and are expected to continue until mid-December. Harvested material will be stacked in designated areas, and then removed from site using forwarding lorries. This operation is expected to be completed by mid-January. Meanwhile, the Summeride path restoration has begun along with the repair of two bridges, the Summeride Bridge, and the ‘The Coffin Bridge’. Poulsams are the contractor undertaking these works and although they were due to finish this by the end of November, the heavy rain of the last couple of weeks has meant that work has had to be suspended until drier weather. This will in all likelihood mean that it will now be completed in the spring of 2017. 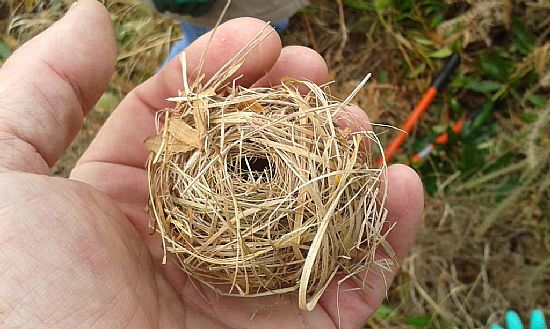 The WCA’s winter work parties have started, and I’d like to thank the team of members who attended the October work party for installing the new gate at the entrance to Jordan Hill, opposite the Coffin path. A fine job! Future work parties will largely involve removing invading scrub from the open heath.

I hope you all have a Merry Christmas and best of luck for the New Year!