Shorwell is named after the local Spring-The Shor Well, and is known to older Island residents as Sho-rel. It was one of Queen Victoria’s favourite places when she visited the Island.

It has developed around St Peter’s Church and three historic manor houses. 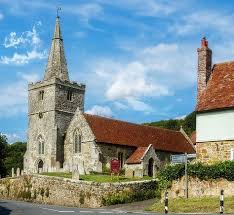 While the church of St Peter was remodelled in 1440 when the tower was added, the north chapel dates from the 12th century . The church is noteworthy for the mural of scenes from the life of St Christopher which were added c. 1440.

Westcourt is the oldest of the three manors dating back to around 1500. 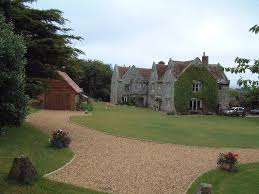 Northcourt House
Wolverton Manor which is grade 1 listed was started in the late 16th Century by Sir John Dingley. It replaced an earlier moated house which was one of the original Doomsday Manors.

Wolverton Manor
Northcourt is the largest manor house on the Island and this was commenced in 1615 by Sir John Leigh, who was the Deputy Governor of the Isle of Wight. 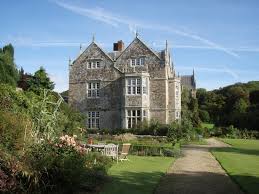 Northcourt House
It stands in 14 acre gardens which are open for charity events and the Mid Summer Fair, and like Wolverton it houses concerts and other artistic events.

The Crown Inn dates from the late 18th or early 19th centuries, and in the parish there are more than 20 houses and cottages which are grade 2 listed and of historic interest. 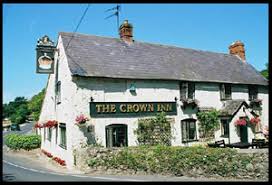 Although 100 years ago Shorwell was only a very small village, it boasted two pubs, two blacksmiths, a shop, post office and school.
The school, blacksmiths and the Five Bells pub are no longer with us, but the village has increased in size, mostly through developments during the 1980s. with the Crown inn and the Village shop still being the Hub of the community. 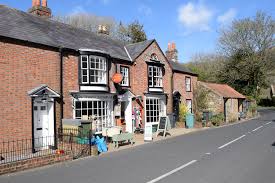 The Parish of Shorwell covers an area between Rowborough Down in the north, Whale Chine in the south, Billingham in the east and Yafford in the west.

It stands in an Area of Outstanding Natural Beauty, and is at the centre of a network of footpaths. Two long distance paths-the Worsley Trail and the Shepherd’s Trail -pass through the parish.