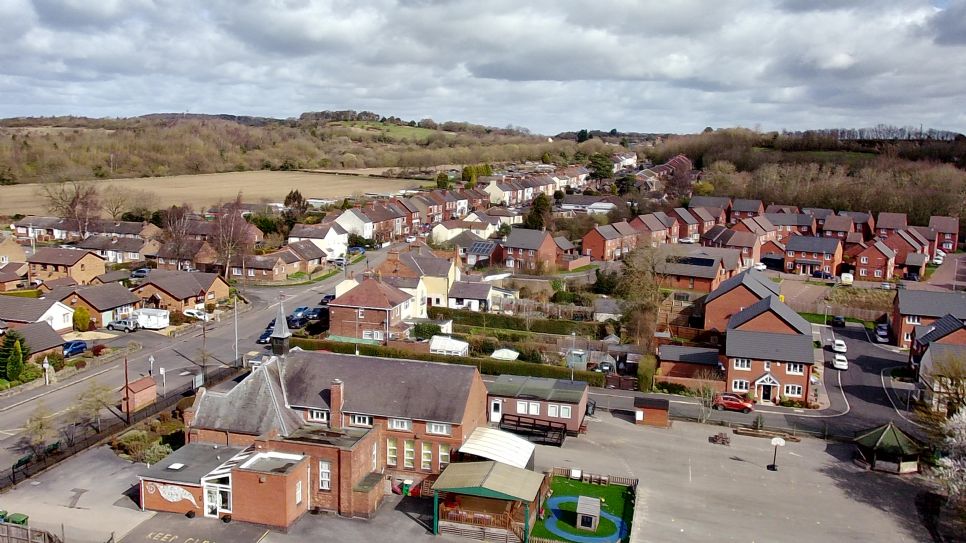 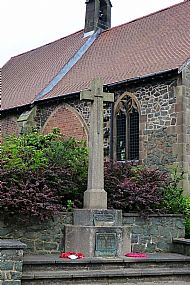 Harold Douglas Finch born 1898, killed 26 July 1916.  Was a door trapper at aged 13.  Lived with his step family, mother Millicent and brother Edwin (a pit pony driver). Served with the Leicestershire Regiment as a Machine Gunner.

William Orton born 1896, killed 15 September 1916.  Was the middle of 3 brothers and one sister.  At aged 15 he was a bricklayers labourer.  Served with the Coldstream Guards.

James Lloyd Adcock, born 1895, killed 27 August 1916. Was a banksman at a colliery.  Served with the Leicestershire Regiment.

John Adcock, born 1896, killed 14 July 1916. Was a horse driver below ground.  Served with the Leicestershire Regiment.

Robert Brown  Lance Corporal Robert James Brown, died 15 June 1917 aged 20. Was the son of Isaac and Jane Brown and the oldest of 7 children.  Was a pit boy/pony driver before joining the Leicestershire Regiment.  Is commemorated in Croisilles British Cemetery

Obadiah Cave. Died 15 May 1943. A sergeant in 150 Squadron and was flying in a Wellington bomber No. DF697.  Killed with the four other members of the crew. Listed on a memorial in Malta, as he has no known grave.

Harry Harris  The son of William and Rosa Harris.  Was a Royal Marine onboard HMS Barham which was sunk in the Mediterranean.  He died aged 24 on 25 November 1941 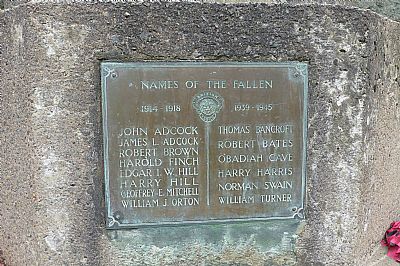 If you can add to the above, or correct any errors, please let us know.

In 2018 the Parish Council purchased two memorial benches and positioned them facing the War Memorial.

WE WILL REMEMBER THEM