This page contains sources of local history that relate to our village.  Please email anything that you think may be of interest to: john@coughton.plus.com

In 1988 Alcester’s prolific local historian, Edward G. Saville, researched and compiled a report on Coughton and ‘Aspects of its History’.  This report is being summarised here, over time, for anyone interested in the village of days gone by. 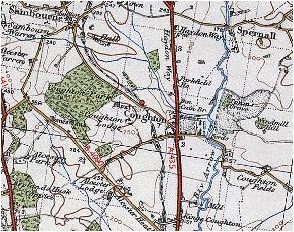 The ecclesiastic parish of Coughton, once known as Great Coughton and Coughton Magna, encompasses the civil parishes and manors of both Coughton and Sambourne.  Definitive history is therefore difficult to distinguish, but as far as possible Mr Saville deals mainly with aspects relating to just Coughton.  If you are researching local families, you should know that the burial grounds and registers are shared and do not always show the village of residence.  Added to this, the neighbouring and confusingly named Kings Coughton is quite separate, falling within the Alcester boundaries.

Despite being one for many centuries with regard to worship and lordship (both manors held by the Throckmorton family since the 1400s), Coughton and Sambourne seem always to have been divided in their civil management.  Each had their own systems and customs, and Edward Saville quotes inheritance as an example: Sambourne once followed the ‘Borough English’ custom whereby the youngest son inherited, whereas Coughton applied ‘primogeniture’ and the eldest son inherited.

Coughton is pronounced Coat’n.  The name’s origin is debated but is recorded down the years as Coton, Cock-ton etc. - general consensus on the most likely heritage is the latter, being a settlement (‘ton’) within a densely wooded area, plentiful with game birds.  Mr Saville tells us that it first appears as this in the 15th Century, but does not tell us where.

Untan is given as the Saxon Lord of the Manor under Edward the Confessor, replaced by Thorkell of Warwick under William.  Thorkell was a major land owner, an Anglo-Saxon who now sits atop Warwickshire’s famous Arden family tree.  Coughton was his valuable manor of 4 ‘hides’ (a unit of taxation probably equal to an average sized feudal farm of the day) consisting of arable planting, 10 acres of meadow and surrounded by around 300 acres of woodland; it was assessed as worth 50 Norman shillings. The land was worked by just 2 freemen, with 7 cottagers (small holders) and 4 slaves between them and this probably meant a total population of around 50 men, women and children. A mill and rent from a property in Warwick are also listed as taxable here.

In the Autumn we'll need to look at costs we have incurred this year and what next years parish expenses might be in order to set the budget.  Three hundred years ago my counterpart had a very different list to consider, including pirates (yes, pirates!), a dog whipper and payments for sparrows and urchins.  See this fascinating snapshot from George Parker's Coughton Churchwarden's Accounts of 1729 here.  Oh how life has changed!

This article gives a snapshot from 60 years ago of the stages involved in harvesting corn in the village.

(Clicking on the image will open up a pdf file) 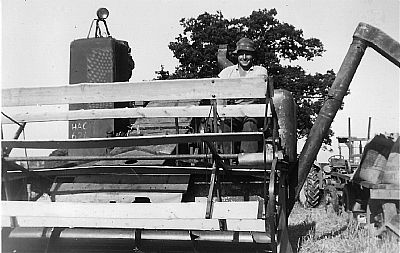