The area made up of the three villages, Pilton, Stoke Doyle and Wadenhoe, forms a single Parish Council area.

All three villages are mentioned in the Domesday Book [see online at www.opendomesday.org].

Pilton, Stoke Doyle and Wadenhoe have close historical ties and appear to have formed one township in the late 11th and 12th centuries.

The area is of considerable archaeological interest with earthworks and traces of open field furlongs providing evidence of farming during the medieval period.

As part of Rockingham Forest, the land was also used extensively for hunting purposes for several centuries.

The undulating landscape of fields, interspersed with woodland in the alluvial floodplain of the River Nene, is a common feature of the location of the villages and their dispersed farmsteads, and attracts a large number of visitors exploring rural Northamptonshire by car, boat, bicycle or foot.

Each village has its own character, and indeed its own identity, and these are quite different from each other; perhaps the best description would be they are similar yet unique.

The villages are set in the Nene Valley, with the River Nene passing along the eastern edge of all three parish boundaries, although only Wadenhoe, the village at the south end of the trio actually adjoins its bank. The southern end is quite hilly, and this diminishes into much more of a shallow rounding landscape as you reach Stoke Doyle at the northern end. In total the area is about 4km by 4km, and is mainly farmland. 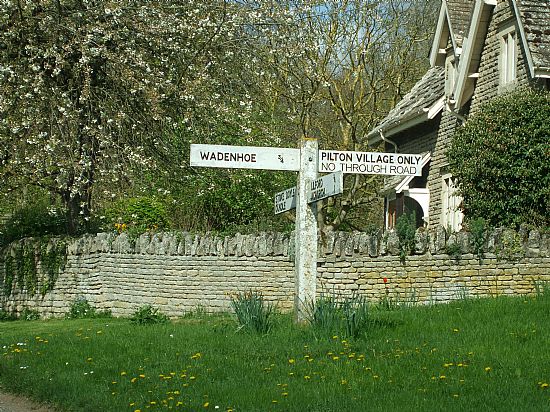