Pilton Parish covers an area of 568 hectares of which some 45 hectares are woodland. The remainder mainly consists of arable and sheep grazing land, farmed by Manor Farm, with some fields farmed by Seven Wells Farm in neighbouring Stoke Doyle and others farmed by Home Farm, Lilford, from the other side of the River Nene.

The village lies on a south east facing slope overlooking the Nene, and is essentially a hamlet, grouped round Manor farm which dominates the village.

The parish extends from the alluvial flood plain of the water meadows by the Nene north-westward across sand and gravel, oolite limestone and clay up to the boulder-clay plateau of Bearshanks Wood.

During the medieval period it was part of Rockingham Forest.

Almost all the houses are built in local limestone, most of which would have come from the quarry that used to be in the north of the parish.

‘Pilchetone’, ‘Pilketon’, ‘Pilkington’ or ‘Pileca’s tun’ (Pileca’s farmstead) was part of the pre-conquest possessions of the Abbey of Peterborough, and is mentioned in the Domesday Book. In 1086, the subtenant was Roger, ancestor of the Torpel family who held Pilton until the first half of the 13th century. It then passed through the de Camoys, Thorpe and Mulsho families before coming through marriage into the ownership of the Tresham family for 200 years, until the Manor was sold to Sir Thomas Powys of Lilford in 1714. The estate map for 1769 shows that Pilton was very similar to its current layout, with a single street of houses and an isolated manor house and church across the fields to the north-east. After over 230 years as part of the Lilford estate, the farm was bought by the Merchant Venturers Society on behalf of St Monica’s Trust, based in Bristol, when the Lilford estate was sold after the Second World War.

The village itself consists of 24 houses, including one farm and a small-holding. The majority of the houses are grouped along a single street that includes Manor Farm, but 6 houses are scattered on different sides of the road leading to Bearshanks Wood. Four homes are grouped round the church across the fields from the main village, Pilton being a ‘shrunken’ village – with the houses in between abandoned for a number of reasons, including the impact of the plagues, the early enclosures for sheep farming in the seventeenth century and ‘improving’ the vista from the park surrounding Lilford Hall in the eighteenth century. After the majority of Pilton’s open fields were enclosed by the Treshams in the early seventeenth century, local farmers began to experience considerable hardship. Nevertheless in the 1881 census, Pilton’s population is listed as 123 – there subsequently being a dramatic decline to the current figure (2015) of 63 inhabitants.

Pilton’s main assets lie in its history, its landscape, its tranquil rural setting and its agricultural land use. As a conservation village comprising a hamlet round a farm, and five scattered homestead clusters, its tranquil landscape represents a heritage asset for visitors who are exploring ‘hidden’ Northamptonshire. The Church with its cluster of three surrounding dwellings provides a picturesque view across the parkland that typifies what is special about rural Northamptonshire. It was categorised as a ‘Category B Network Village’ in the Rural North, Oundle and Thrapston Plan (July 2011), because of its special historic conservation character
and its small scale, dispersed dwellings. Another impressive view is that of Lilford Hall across the meadow within the wooded banks of the River Nene.

Evidence of early Roman settlements have been found in several parts of the village, and excavations of the deserted village of Lyveden within Pilton’s NW boundary have revealed the site of a large-scale medieval pottery industry. The earthworks of the medieval settlement to the east of the village in the parkland remain largely undisturbed, and include three inter-linked fish ponds (which were restored in the early 1990s) and ridge and furrow from the medieval open field system.

Pilton’s main architectural assets are the buildings, in particular St Mary & All Saints Church, which dates from the twelfth/thirteenth centuries, but was considerably restored in the 1860s and 1870s. Its ancient bells were installed in the 1470s, 1550s and 1610 and were re-hung in 2011. The unique Victorian stained glass south window depicts the story of Adam and Eve. There are four chest tombs in the churchyard including one recently identified as probably having been for a member of the Tresham family. During the sixteenth and seventeenth centuries, many of the members of the Tresham family from Lyveden were buried at Pilton. Their
distinctive emblem of three trefoils is on either side of the Church porch.

In addition to the Church, eight other buildings are Grade II listed, including the Bede House. This is one of the oldest houses in the area, having medieval fragments on its facade reputed to be from the castle destroyed during the Wars of the Roses at neighbouring Thorpe. An Elizabethan watch tower in the upper chamber of the Bede House is believed to have been used by the Tresham family for mass, as well as serving as a dovecote. Manor Farm has a Victorian game larder and a folly built in the 1870s using fragments from the Church restoration. Ivy House has a Victoria Regina postbox embedded in its side wall. There is a listed red telephone kiosk in the well-known Gilbert Scott style. Several unlisted buildings of merit are important elements in creating the historic character of the conservation village. The Manor House was built by the Treshams of Newton in the sixteenth century probably replacing an earlier medieval building. It has a fine Jacobean staircase and two priests’ holes arising from the Catholic faith of the family. It has alternated between being the home of the land agent for Lord Lilford’s estate and the Rectory for the priest-in-charge of Pilton and Wadenhoe.

The Eighteenth Century Bridge that separates Pilton from the neighbouring parish of Lilford and Achurch was originally part of the post road from London to Oakham, with a bridge first mentioned in the thirteenth century. 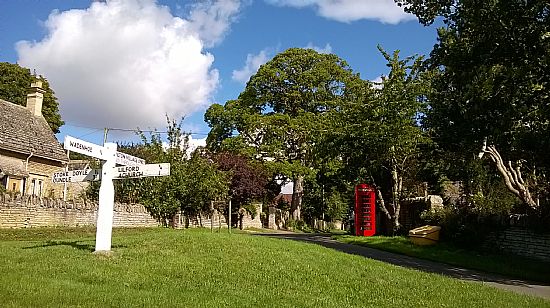 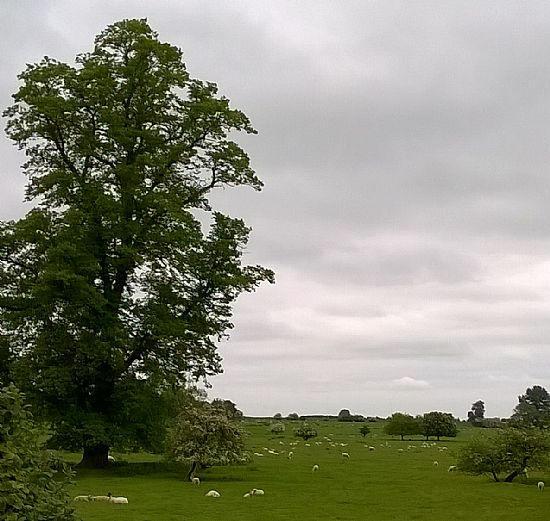