At the heart of Wadenhoe’s landscape is the River Nene and it is that, along with its valley meadows and marshes and the limestone upland to the West that creates the character of the village. The origin of the name is most probably derived from the terms waden and hoe; waden meaning a ford across a river and
hoe coming from the Anglo Saxon term for sloping ridge. The southern boundary of the Parish runs for approximately one mile along the river Nene and then heads west for two miles up to Wadenhoe Great Wood, Wadenhoe Little Wood and Lilford Wood. The boundary runs across the top of Lilford Wood and then returns
along the south western boundary of Pilton parish.

In all the parish of Wadenhoe covers an area of 485 hectares, somewhat diminutive to both its fellow parishes Pilton and Stoke Doyle. It does however, have within its boundaries quite a diverse mix of landscape, from meadow and marsh at the banks of the river, to the limestone scarp and ridge from which much of the stone would have come from to build the earliest houses in the village.

Although the earliest recorded landowner in Wadenhoe dates back to the time of Edward the Confessor, around 1050, the village as we see it today did not come about until the mid-nineteenth century. From 1865 until the time of the Second World War the village remained virtually unchanged; at about that point in time a
brick house was built along Pilton Road, The Spinney. At the same time a number of houses in the centre of the village were demolished including one in Pudding Lane that had been damaged by a stray practice bomb. From the 1970s onwards architectural change in Wadenhoe took a much greater pace.

There are 37 listed structures in Wadenhoe which comprise mainly of houses, but include barns, the church, three burial tombs, a telephone box and the dovecote.

Wadenhoe has kept its sense of rural place and charm thanks, not least, to the control of the Wadenhoe estate and subsequently George Ward-Hunt and his vision for the village. To an extent the planning system has played its part, however a number of the 1970’s houses were built in a less restrictive planning
regime before the implementation of the ‘Local Plan’ policy. Wadenhoe is now categorised as a restraint village which dictates that additional development is only permitted in exceptional circumstances.

The Wadenhoe Trust was the brainchild of the last Squire of the village, George Ward-Hunt. Formed in 1981 it received much of the estate with more added in 1988 and now controls and administers the vast majority of the Wadenhoe parish land. It would at this point be appropriate to list the Trust’s primary objectives as laid down with the Charity Commission:

The village is overseen by the Trustees and it is incumbent on them to ensure that these principles are adhered to. Although the Trust has no governance over the privately owned properties in the village it does own the majority of housing stock and land which allows it significant sway with regard to the development of the village.

Wadenhoe was an agricultural village and going back to the mid-nineteenth century all inhabitants of Wadenhoe were involved with either farming or the retail and handicraft sector. At that time there were 55 houses in the village with a population of 290; from that point there has been a gentle decline in numbers.
There are currently (2015) approximately 125 inhabitants living in approximately the same
number of houses with less than a handful relying on agriculture for their livelihood. 28 houses are owned and rented out by the Wadenhoe Trust, 8 are rented out by the Housing Association, 6 are privately rented out. This leaves only 14 houses (approximately) that are owner occupied. We have a diverse mix of residents, some of whom have lived in the village all their lives.

Agriculture in Wadenhoe has changed a great deal over the recent decades and particularly with the subsidies that came with the Common Agricultural Policy. There are currently three active farmers in the parish, and it is entirely due to their traditional farming methods in the early to mid-20th Century that the parish retains two very good examples of pre-enclosure ridge and furrow fields that are now part
of the Countryside Stewardship scheme.

Wadenhoe Church has a double dedication, initially to St. Giles and more recently, from the turn of the 20th century to St. Michael and All Angels. The church dates back to Saxon times although very little of that structure remains, only two small arches in the vestry wall. The saddleback tower dates from the late 12th century and the rest of the church is mainly 13th and 14th century. From the medieval period there also remains seven ‘scratch dials’, an unusually large number for any church. Otherwise known as ‘mass dials’ they were an early form of sundial which was used from the time of William I to show the time for people coming to Mass.

It has been shown through the use of resistivity and magnetometry surveys that in the 13th Century there was a manorial settlement on the hill by the church. These buildings had at some point in the intervening years been demolished for the stone. There were a number of buildings, the most significant of which was the
main hall, sixteen metres long by 10 metres wide with various extensions added on. There was a nine metre square tower with two metre thick walls which was believed to be three storeys high and a number of smaller buildings thought to be service buildings, laundry, brew-house and such like.

There are 37 listed structures in Wadenhoe all are listed below:

The stone for the original houses would have come from the quarry to the north west of Church Street; a much lighter stone than that found in the south of the county. Most of the stonework is of coursed rubble stone with some better quality squared rubble with lime based mortar joints which are, in the main, recessed and rubbed. The heights of the courses range from 60mm to 170mm, excluding the quoins.

There are some examples of the darker orange-brown ironstone being used; in one instance on Pear Tree
Barn for the quoins and then in the later built 1-6 The Green (1865) it is used fairly extensively for decorative
courses and arches.

Other than the occasional more modern building using man-made roofing materials the majority of the buildings are roofed in reed thatch, locally made pantile, Collyweston slate or blue slate. The pantiles used in the village are both the more usual ‘S’ shape and the ‘three ridge’ pantile.

The width of the gable ends are, in the main, about five metres on the outside giving three and a half to four metres living space on the inside. Other than a few exceptions the roofs are fairly steep pitched, exceptions being the grander old houses such as Wadenhoe House and The Rectory.

There are, of course, a number of different styles of house within Wadenhoe, however, the vernacular buildings of the earlier periods tend to be long, narrow and of one and a half storeys, some of which were then divided into smaller cottages for the housing of the farm labourers. There is also evidence that The
Cottage in Main Street was originally of the above vernacular, and was extended at right angles out to the road. It is thought that this section was, at different times used as a butchers and a public house.

All windows in Wadenhoe are either timber or stone mullion. Three styles of dormer window are used in Wadenhoe; wedge, hipped and gable.

Most of the boundaries in Wadenhoe comprise of stone walling with either cock and hen or traditional cottage style coping.

Wadenhoe is a conservation village, well preserved, with very limited modern development. The broader extent of the existing village is defined by the conservation area boundary, which incorporates the more outlying historic buildings such as Wadenhoe House and St Michael and All Angels Church.

The Lyveden Way and the Nene Way pass through the village, and many walkers welcome the hospitality of the pub – The Kings Head. 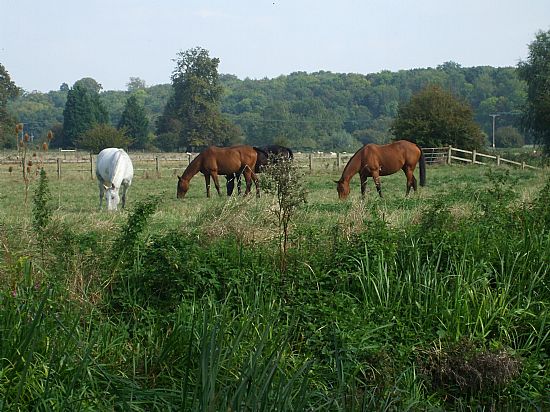 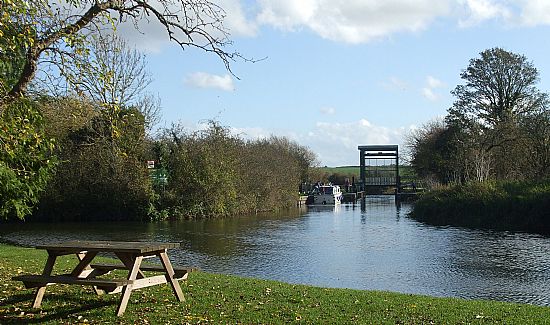